Shrimp & Artichoke French Bread – A perfect appetizer made with a cheesy, creamy topping filled with shrimp and artichokes! 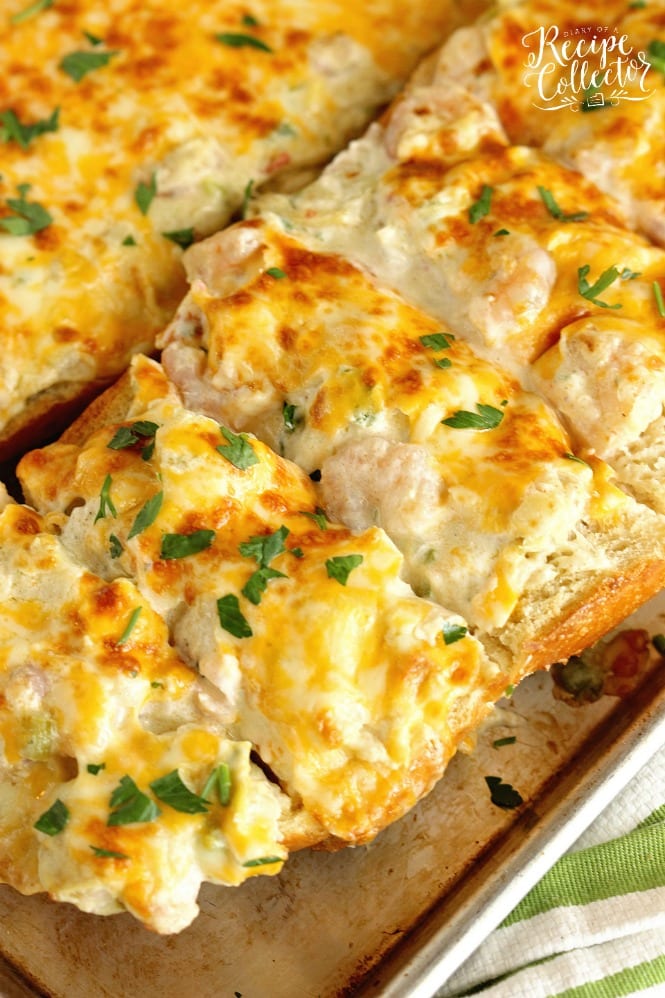 Are you looking for a completely comforting dish to make?  Well look no further because you have found it!  Bread seems to speak comfort to so many people, and my friends, I am one of those people.  It is a true weakness for me.  Ask my husband.  He, on the other hand, does not fancy it as much as me.  How?  It’s like one of the best things in life in my opinion.  And then when you top it with cheesy goodness, it’s like a match made in heaven! 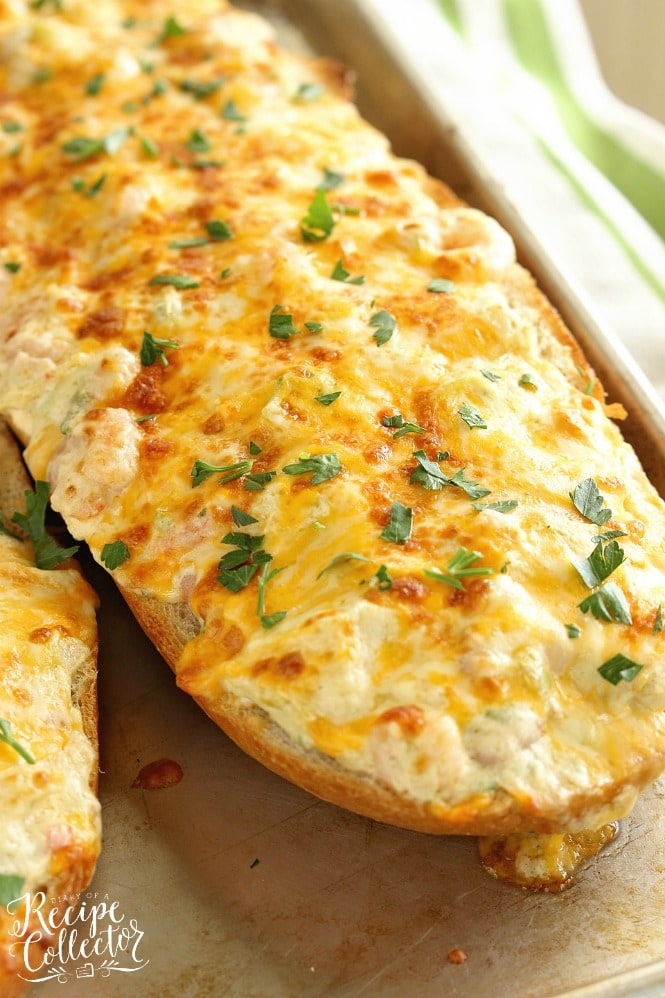 This was one of those recipes I made on a whim.  I was craving a cheesy french bread, and I thought adding shrimp and artichokes sounded pretty much like the best thing ever at the time.  And boy was it!  Even my non-bread eating husband said it was the best thing ever!  When I get that response, I know I have succeeded. 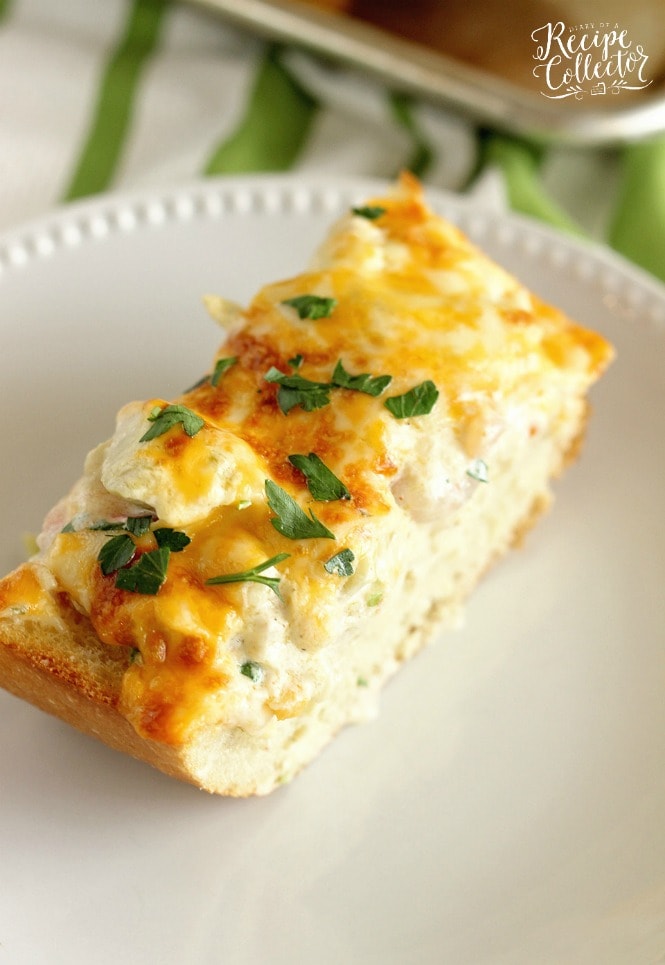 I definitely see myself making this a lot more in our future.  A delicious french bread  like this would be a perfect appetizer for a party too.  And yet it is also hearty enough to stand on its own.  I even brought a few slices to work after I made it, and it was still divine!

Shrimp and artichokes go so well together too!  I used a small to medium size shrimp.  I like to buy them already peeled and frozen to help speed up this recipe.  If you have bigger fresh shrimp, I would just chop them up a little before cooking.  And I know not everyone has access to shrimp as easily as we do in Louisiana, but I do think this recipe would be good with just the artichokes.  If you decide to go that route, double the amount of artichokes. 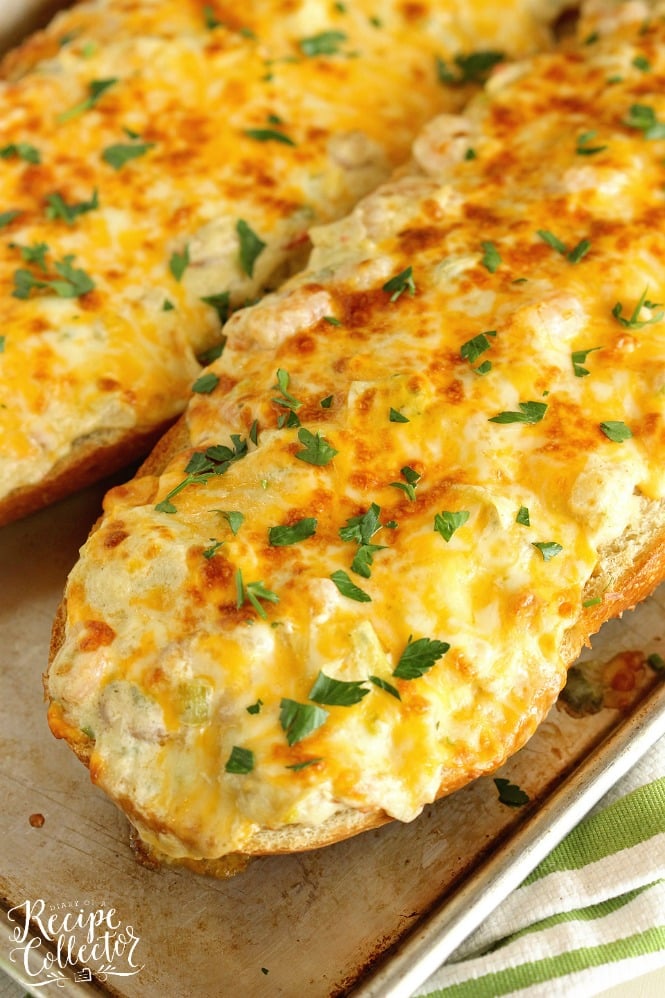 You can see this recipe on Julie’s Eats & Treats where I am a contributor!! 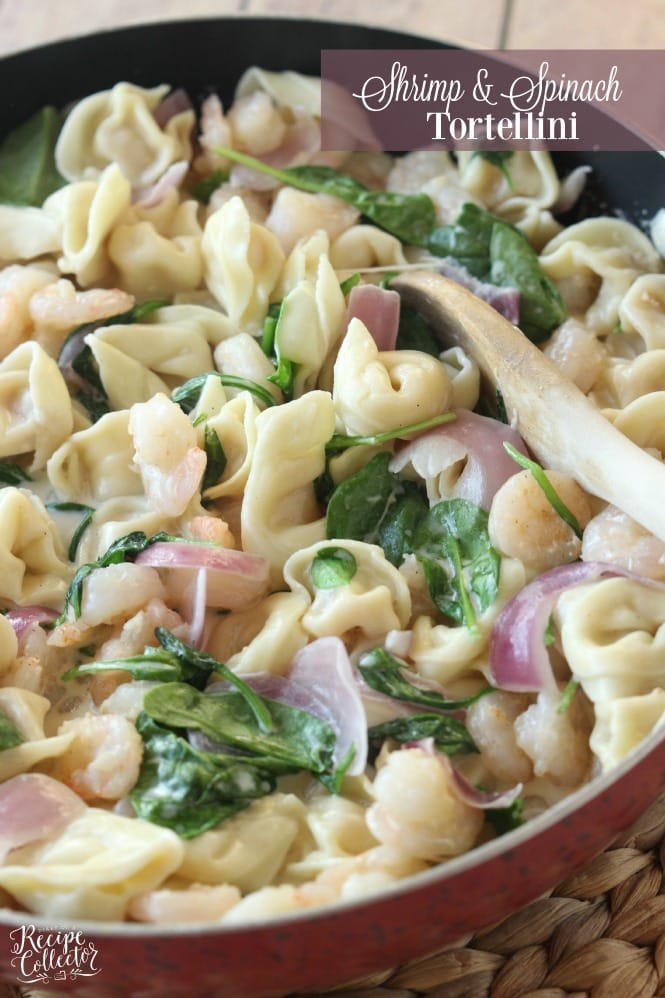 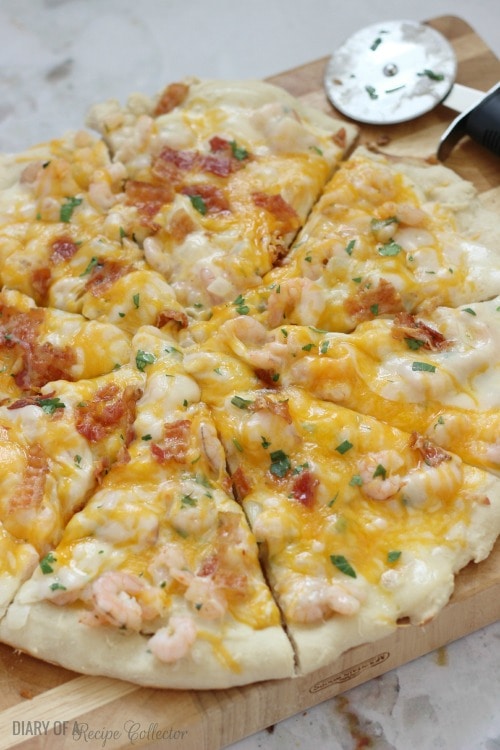 You can find ALL RECIPES HERE.

Get FREE recipes delivered to you by email: SIGN UP HERE! 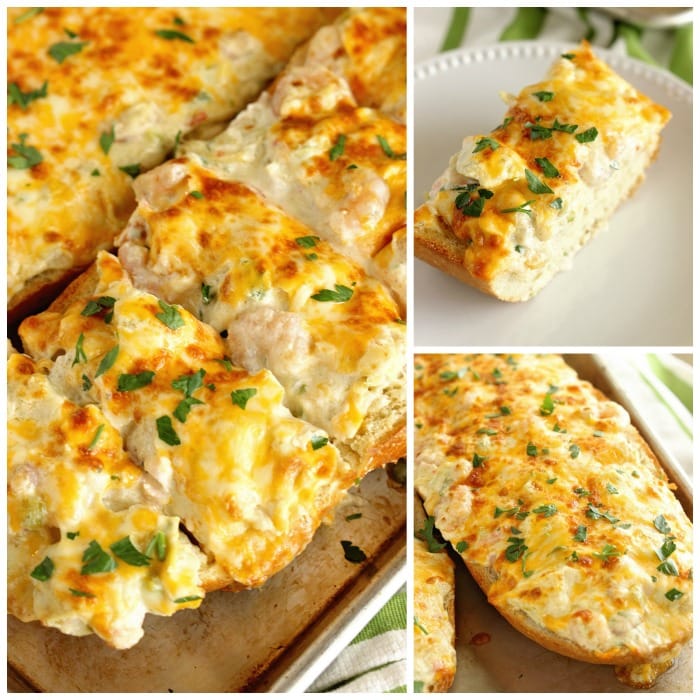 Visit Diary of a Recipe Collector's profile on Pinterest.