The first time I ever tried Shrimp and Grits was at a faculty breakfast at the school in which I taught a few years ago.  I had never had a desire to try them or make them until that morning.  They were so yummy. 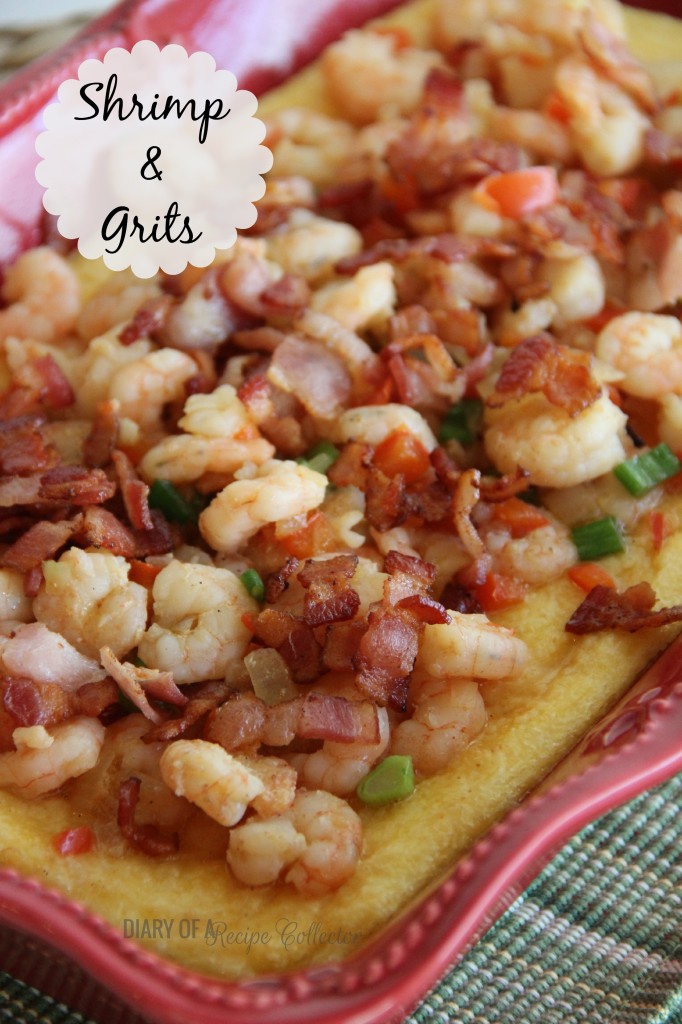 There are all sorts of different versions.  Here is one I found in one of Paula Deen’s magazines.  I changed it up slightly and used her Baked Grits recipe from her first cookbook.  I had no idea there were so many ways to make grits other than the kind you eat for breakfast.  I was pleasantly surprised with a dinner version especially since it involved shrimp.

Preheat oven to 350 degrees.  Begin by boiling water with salt.  When water reaches a boil, add grits and stir continuously for about a minute.  Cover and cook, stirring occasionally until grits have thickened.  Next you’ll need to temper eggs which means bringing the eggs to a higher temperature so they don’t scramble when you add them to the grits.  Do this by adding a tablespoon of grits at a time to the beaten eggs and stirring.  When egg mixture feels warm, add it to the pot of grits.   Next add butter, cheese, garlic and pepper.  Stir until combined.  Pour into casserole dish.  Bake for 45 minutes. 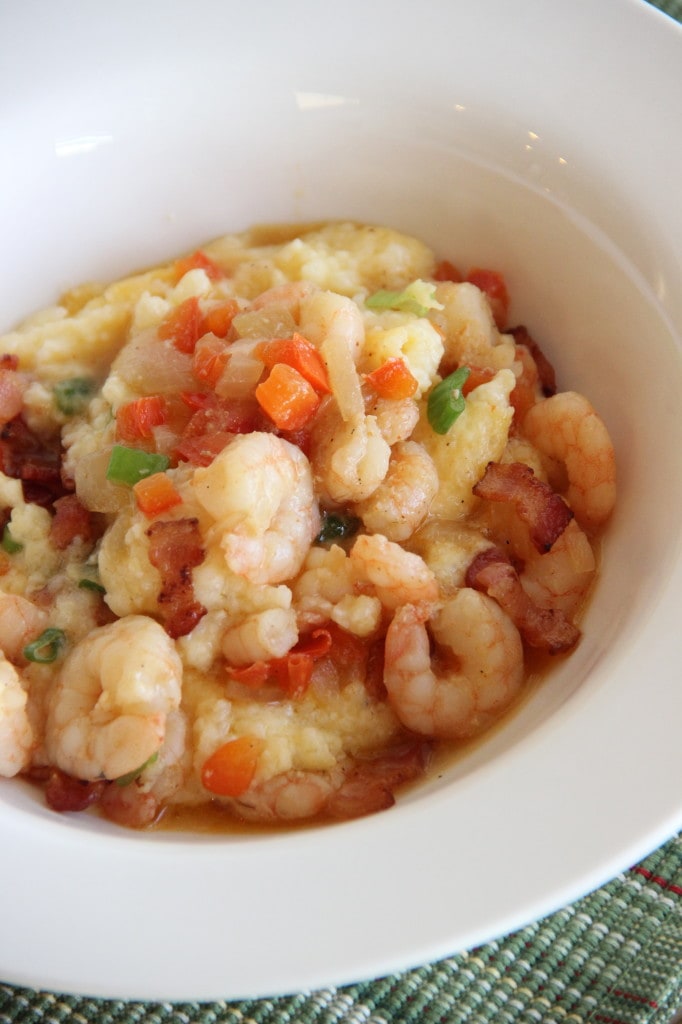 Thanks for stopping by and enjoy!