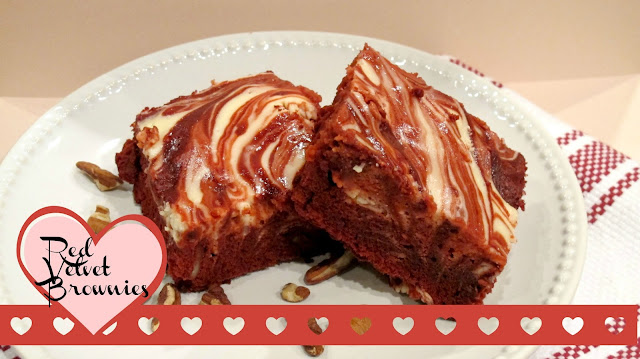 These brownies are scrumptious and super moist!  The don’t make very many, so I don’t feel so bad making them, and anything with red velvet is just awesome in my opinion.

This is adapted from a Sunny Anderson recipe, which she shared on the Today Show a few years ago.  They looked so good that I went out and made them that weekend!

Spray or butter an 8 x 8 baking dish.  Preheat oven to 350 degrees.  For brownie layer, melt 1 stick butter.  Mix the melted butter with sugar, vanilla, 1/4 cup of cocoa powder, salt, food coloring, and vinegar in that order, mixing in between each.  Whisk eggs and add to cocoa mixture.  Fold in flour followed by nuts.  Pour into baking dish reserving about 1/4 cup.
For the cream cheese layer, blend all of the ingredients and pour over the brownie layer like so: 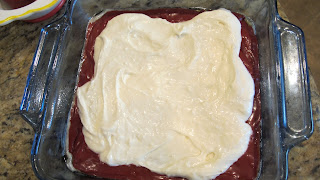 Drop the last 1/4 cup of brownie mix on the top: 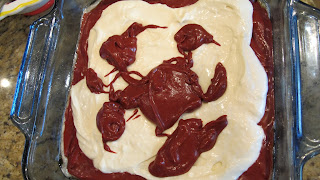 Swirl around with a knife.  I like it pretty mixed up so I swirl a lot 🙂 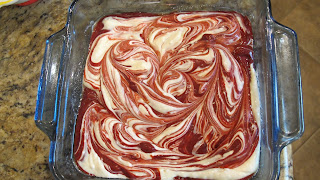 Bake at 350 degrees for 30 minutes or until a toothpick in the center comes out clean.  Let cool completely before cutting.